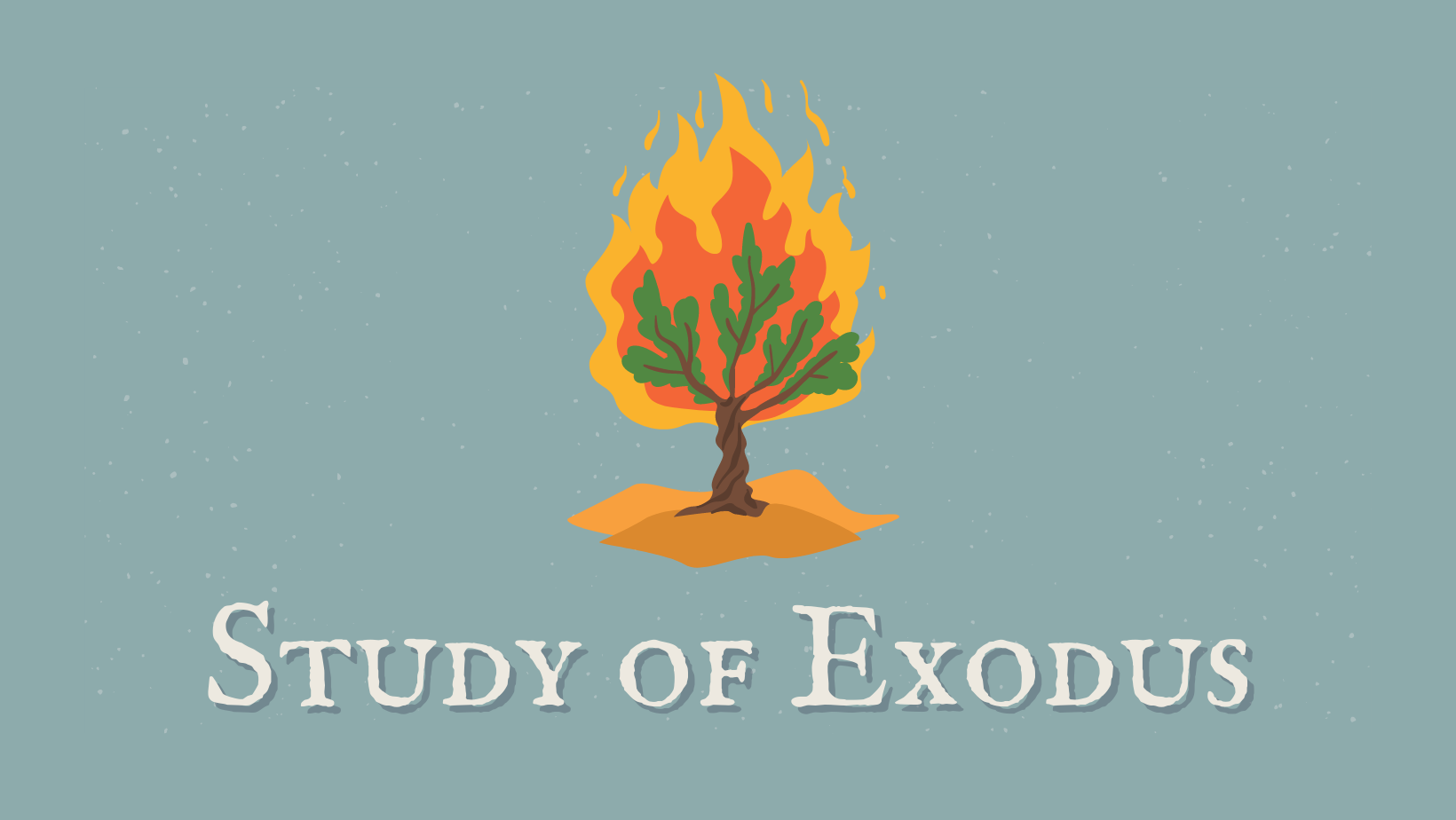 Exodus, the Book of the Departure from Egypt—another big, long book of the Bible (40 chapters—longer than anything in the New Testament but shorter than Genesis’s 50 chapters) that starts with the offspring of Jacob in Egypt and in slavery. (We left them in Genesis, our last study, living in Egypt but living in its “River Oaks”—free men and women living in Goshen while everyone else worked for Pharaoh.)

Things have changed in their circumstances. Sound familiar? At first, the Israelites had it good in Egypt (NOT the “Promised Land”), thanks in large to Joseph, the gifted, perhaps too gifted younger brother of the 12 sons of Jacob of whom 10 sought to kill as a teenager in Canaan. Time is a superb change agent. These 10 would-be Cains subsequently found themselves bowing down to this Egyptianized younger brother who had become a very, very big shot in Egypt when these jealous, covetous offspring of the King-of-Deceit Jacob needed food for their families.

If you missed Genesis, too bad—it’s a great read. One of the MBS “Bobs” who did not miss it claims it rid him of his sentimental notion of “the Beginning,” while others described it as an “unmasking of humanity,” a collection of “light-bulb moments,” as definitely not “a bed of roses,” and a book that “reads as history, but is more than that.”

The Bottom Line, they said: “God stayed with us” because “he has a plan.” No surprise there—God tells us that in Genesis 3. By Genesis 50 it is clear he seems serious about that; by the New Testament, there can be no doubt of it.

Here’s the deal, brother: God is staying with you because he has a plan for you that is far, far better than the one you have conjured up on your own!

Wonder what his plan might be? Exodus is the second book of the Bible and in it God shows us even more how he is staying with us, especially when things get tough. Exodus is a book in three major parts: tough times, in fact very tough times in Egypt, a tough trip of out Egypt to a mountain called Sinai, and then a scary encounter there with the God who made everything around us from nothing as he draws near to the offspring he promised he would make for his servant Abraham, way back in Genesis.

Exodus can be a tough read on you own: Lots of weirdness by our standards, lots of miraculous stuff with lots of meaning, lots of “tough love” in our jargon, but God’s unwavering commitment to save us from an eternity without him through a people that are as stubborn as those in your own family.

This is where Grace Anglican’s Saturday Men’s Bible Study (MBS) is ready to jump into your life and help you out! Ever wondered if there’s more to life than what you’ve been getting? Ever feel lost, like you’re not sure where you are at times? Ever wonder who the heck you really are, why things are so screwed up, and what the heck can you do about it?

Ever fret that plan of yours seems to be fraying at the edges?

If not, sleep in on Saturday mornings, bro—you’ve earned it!

But if so, then give the Saturday MBS a try. We make it easy, too. “Zoom in” one Saturday. If you like what you see and hear, then come on down to Grace the next Saturday for some genuine MALE fellowship, strong, hot coffee, a great breakfast, and a close encounter with God through his Word.

If you join up, you get a special MAN NAME and some brothers who’ll get as close to you as you’ll allow.

Same goes for God. He’s looking to draw you closer, brother. So come on down to the MBS and let him! You’ll never, ever regret it.

And, if you are really hungry for something real in your life: Satisfaction guaranteed!