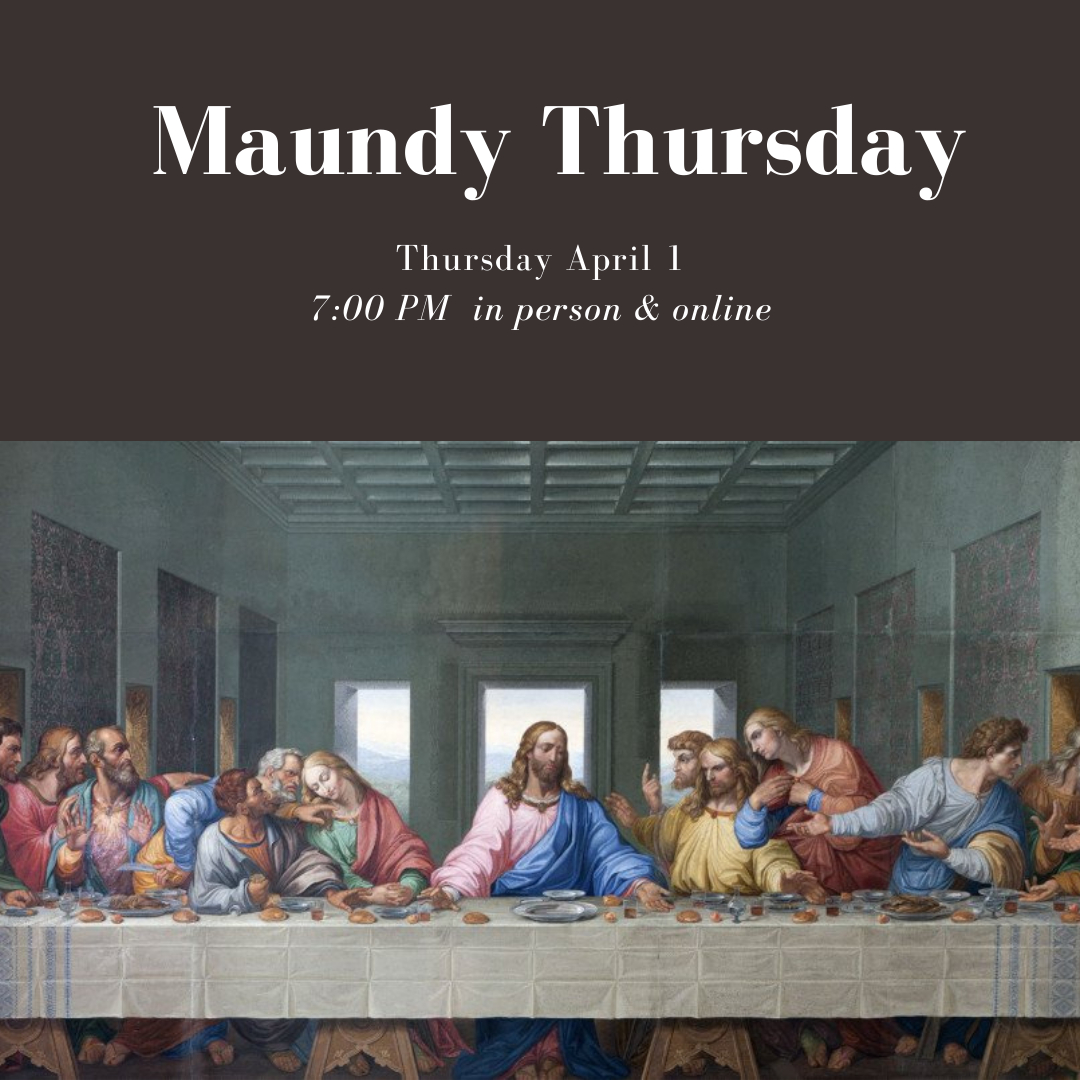 In a matter of hours, Jesus would be lying dead in a tomb. It would be the last time he would address his closest followers as a group. He had much to tell them. Two lessons were so important, they required special attention. First, Jesus shared a Passover meal with his friends. But he reinvented it. Now the elements of bread and wine would direct people to him. "Do this in remembrance of me." Second, he washed the disciples' feet. This dramatic action was to teach them their role from then on. Just as Jesus came as one who served, giving his life for the salvation of the world, so too were his followers to serve the world. It was a new identity for the Passover meal and for those who would be his disciples. Our Maundy Thursday service is on April 1 at 7:00 p.m both in person and online. There will be a program for children five years through fifth grade and child care for children under five.