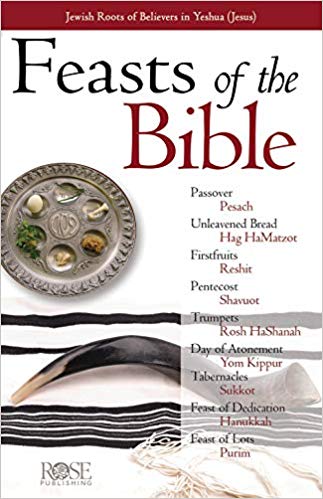 The Wednesday Morning Bible study will be starting a new study on The Feasts of the Bible.  The first session will be October 30.  This will be a six week study and our last one before the holidays.

Dr. Sam Nadler on The Feasts of the Bible

Sam Nadler is president of Word of Messiah Ministries, an outreach which develops leaders for world-wide impact for the gospel among the Jewish People. He served as president of Chosen People Ministries and started the Jews for Jesus outreach in New York City. Sam is a Jewish believer in Jesus who was brought up in an Orthodox Jewish home in Queens, New York. As he began looking at the Old Testament prophecies, they seemed to point to Jesus as the Messiah. He soon came to faith in Jesus and realized his Jewishness wasn’t just some accident of nature, but that God had a plan and purpose, not only for the Jewish people as a whole, but for Sam personally. He received a doctoral degree from Southern Evangelical Seminary and has authored several books including Messiah in the Feasts of Israel, The Messianic Answer Book, Feasts of the Bible and devotional commentaries on Jonah and Ruth.